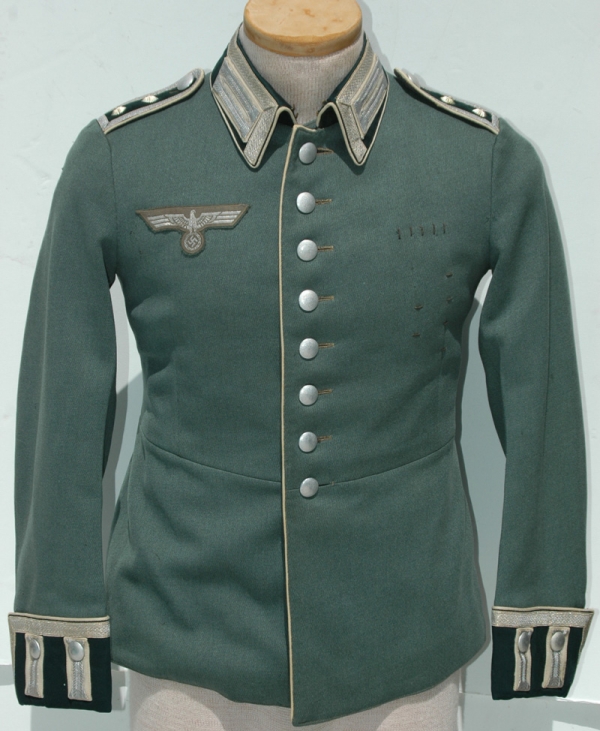 German Army NCO's Parade tunic.  Early parade or dress tunic for an NCO.  Fine twill wool, has DarkGreen collar with the Silver bullion Tress sewn on top edge, with Parade White based collar tabs with Silver bullion centers.  Sew in shoulderboards are Green topped with Silver bullion tress and two single pips to each.  This tunic has the early version of the Flatwire breast eagle on front, its a light gray instead of the later darkgreen backing.  Loops for three medals and a medium ribbon bar.  Inside the collar are the hooks for the collar liner.  Eight button front, silver pebbled buttons.  Cuffs are same as the collar, DarkGreen with Silver tress and White based tabs.  Some "pics" to the wool in various areas, but overall its nice.  Liner is a twill Light green cotton material, it shows stains from sweat as you sometimes see on parade tunics.  Its pulling to the liner at the collar and some fraying.  Its stamped inside DEPRUTT 2./J.R. 55.  Nice decorated NCO's tunic.