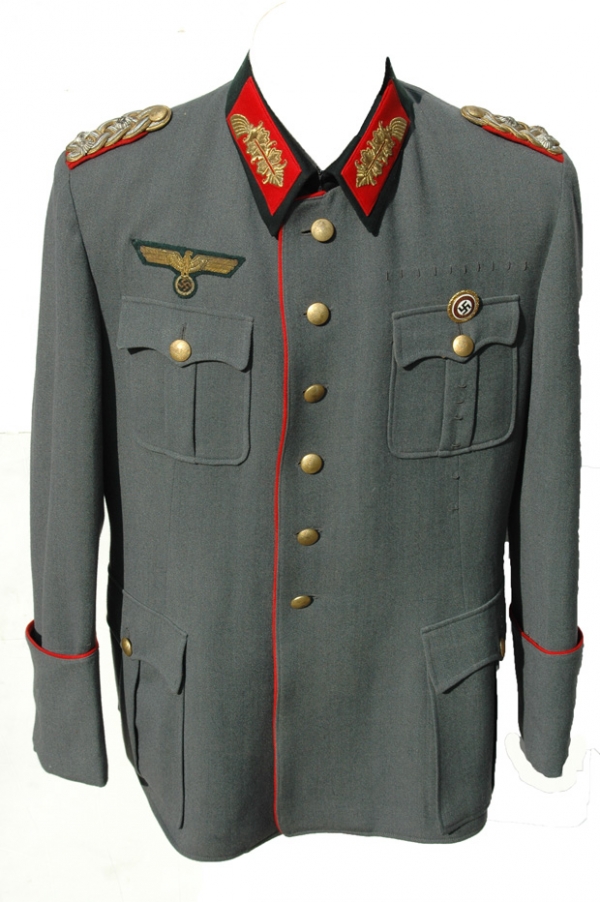 I will start with a brief history for GeneralOberst Alfred Jodl.  Born 10 May 1890 – Died 16 October 1946, Primarily a staff officer during and after World War I, Jodl served as head of the department of national defense in the war ministry from 1935. A competent staff officer and Hitlers faithful servant to the end, he was named chief of operations of the Oberkommando der Wehrmacht (OKW; Armed Forces High Command) on August 23, 1939, just before the invasion of Poland. With Wilhelm Keitel , OKW chief of staff, he became a key figure in Hitler’s central military command and was involved in implementing all of Germany’s campaigns except the beginning of the Russia invasion in the second half of 1941. On May 7, 1945, he signed the capitulation of the German armed forces to the western Allies at Reims, France. As chief of operations staff, he had signed many orders for the shooting of hostages and for other acts contrary to international law. He was executed after trial and conviction for war crimes by the International Military Tribunal at Nurmberg.

This tunic was worn by GeneralOberst Alfred Jodl.  It originally came from his second wife, Luise Jodl in 1990 and was sold at Auction (see photo of papers).  This was one of two tunics worn by Jodl and sold at this auction.  This tunic is believed to have been worn after 1944 per the date in the tag until the wars end.  After the surrender, Jodl wore it for sometime in captivity, as it has loops under the collar for the Knights cross to the Iron cross.   Jodl was Awarded the Knight's Cross at wars end in 1945 and there are photos of him in captivity wearing the Medal.  This tunic is most likely one of a few he wore after the May 1945 surrender.  The tunic itself is excellent and shows no damage and with very light wear.  It has the Normal Generals Gold wire bullion collar tabs, machine sewn on with gold and silver twist cord GeneralOberst shoulderboards also sewn in.  Three silver wash pips to each.    The breast eagle is a fine gilt wire eagle, high relief weave and hand sewn on.  Gold pebbled buttons all matching to the tunic "Extra Fein" stamped to them.

The tunic features a set of loops for a long ribbon bar.  There is a pair of holes right above the pocket flap for the Golden Party badge, no loops.  The badge in the photos are for viewing only and do not go with the tunic.  Next are several loops for his medals all in a straight line as you see in many wartime photos of him wearing his various uniforms.   The wool is a fine quality light weight wool twill with a green liner.  The tunic has a high stand up collar with three inner pins for the collar liner.  It is Red piped.    The coat has a slot for the dagger hanger to go through but has no inner hanger.  This is typically seen in officers uniforms more towards the end of the war as some officers wore inner dagger belts.  Inside the pocket is a fantastic name tag.   Named to a berlin tailor and has the Jodl's name written in ink and is dated 1944.  A very unique feature to the name tag is the number "3" in red, this is a tailor added stamp and is often seen in very high ranking officials tunic's made at the time.

The last item to be included with the tunic are several papers.   All three are photo copies of the originals.   When the group was sent to auction the originals went with the other tunic.  This tunic and some other items received copies of the paperwork.  The papers discuss the items being given to the Auction house to be sold.  One paper is a letter to Frau Kesselring talking about their husbands.  The last is a personal letter dated 1992 written by Luise Jodl, I have not translated it.

This tunic is a one of a kind.  But as with several of his uniforms, there many be one or more in private collections around the World.  Each tunic is different as far as I know.  This tunic comes from the private collection that currently has GFM Keitel's parade tunic in it which can be viewed in our Web Site Museum.